Gili Meno Island: A glimpse of what could have been…

When you think about seeing the world, what image do you conjure in your mind?

What one experience would you like to have above all others? For us, when we first started travelling, we were obsessed with finding a small island to call home for however short a period of time, our own slice of paradise. 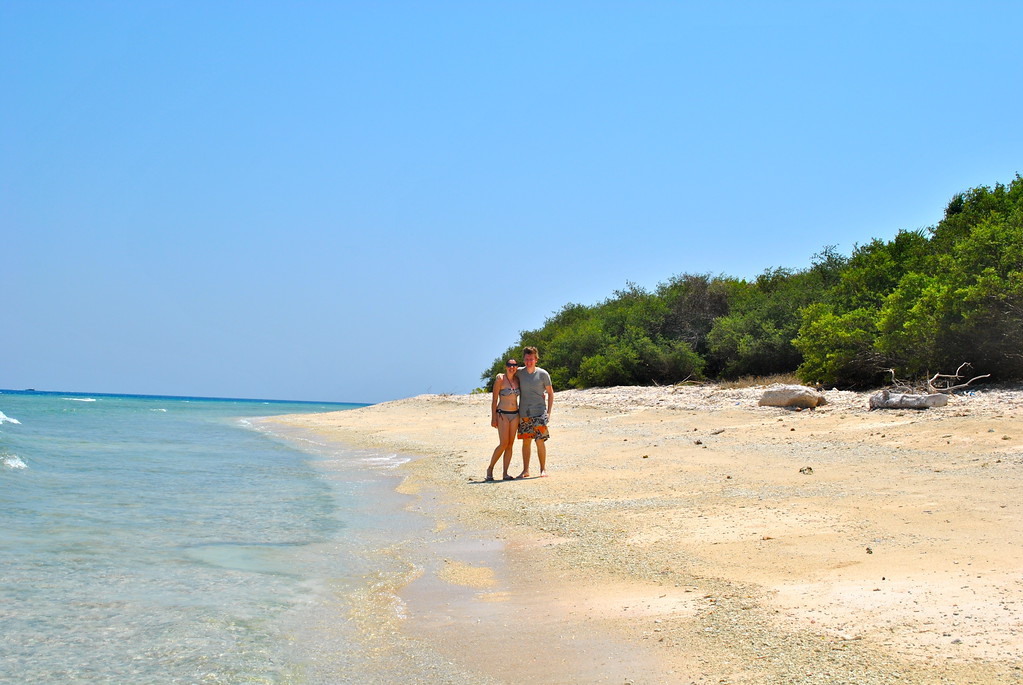 We found our piece of island paradise when we visited Indonesia, opting to spend a week on the island of Gili Meno, nestled just off the coast of Bali. The reasons for this were numerous: we could walk around it in a couple of hours, it has some of the best snorkelling around Bali, and despite some developments, it is still rustic and barren in places. Fancy a fruit juice? You might need to walk 15 minutes along a dirt track to get to the next wooden shack facing out onto the turquoise waters.

Whilst on the island we did stumble upon a reminder of what Gili Meno could have become, or more worryingly, a vision of what the future holds. Most of the developments on the island are small and unobtrusive. Away from the main port, you will come across a few single storey wooden buildings, but aside from them there remains a stark lack of larger developments. This hasn’t always been the case, as we discovered when we stumbled upon an abandoned larger resort on the island.

We first noticed one of the old bungalows, set alone amongst the barren grey dirt ground. Some poorly looking trees and growth remained around it, but where we assume was once vegetation and grass there was nothing. Catching our eye behind this bungalow was another, and then another, and another. Each empty and abandoned, each in a state of disarray. We left the dirt path running alongside the beach to investigate further. When were these bungalows built? When were they abandoned?

We felt like we were in an episode of ‘Lost’ as we peeked inside these rooms.

And then we saw the main building, which must have been the main lobby and common areas. In front of the old building was the once sparkling pool, resplendent with a swim up bar and stools. 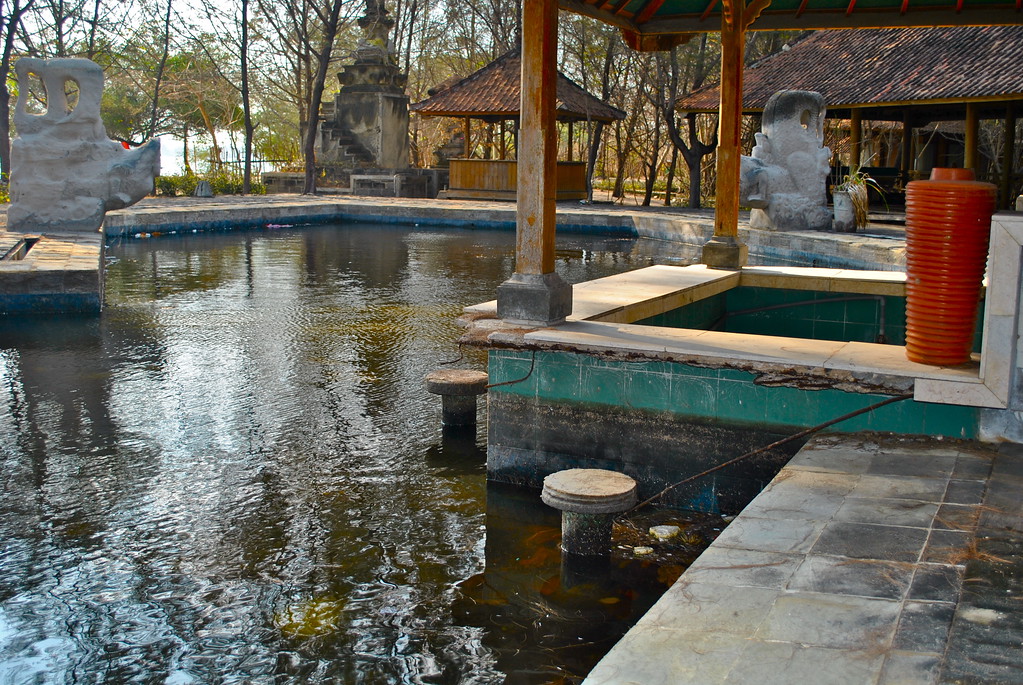 We couldn’t quite believe this kind of place ever existed on Gili Meno, the island just seems too small to support something as big as this. Perhaps it is too small and thus the failure of this resort. 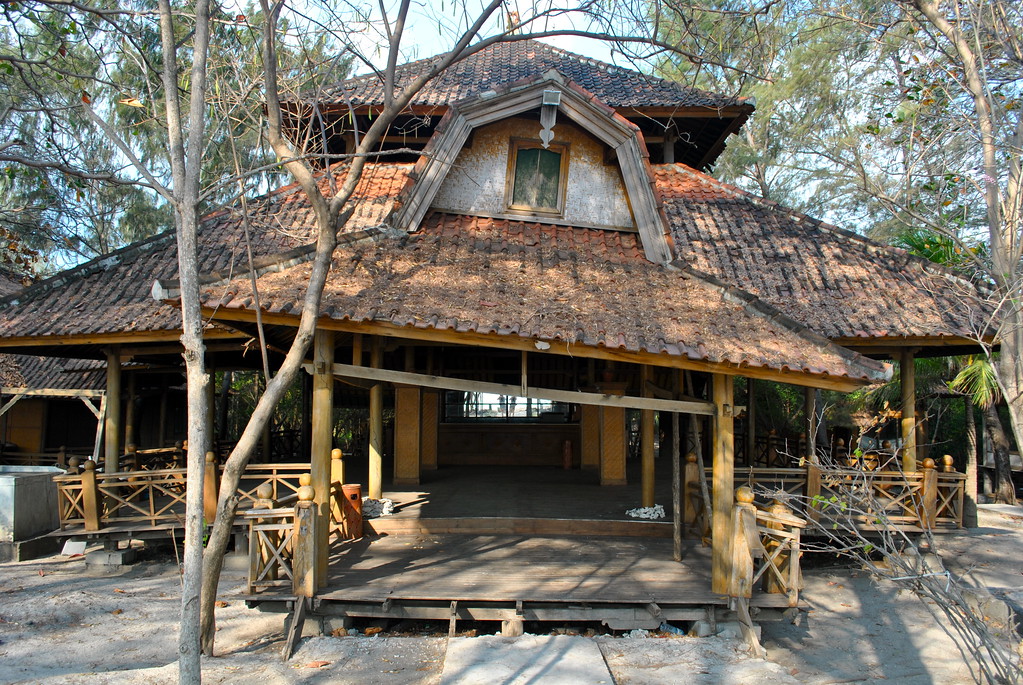 We wandered into the old reception area, watching where we put each foot. The floor was cambered and twisted, structure and design fighting against nature. The roof was fighting and losing the battle as well. 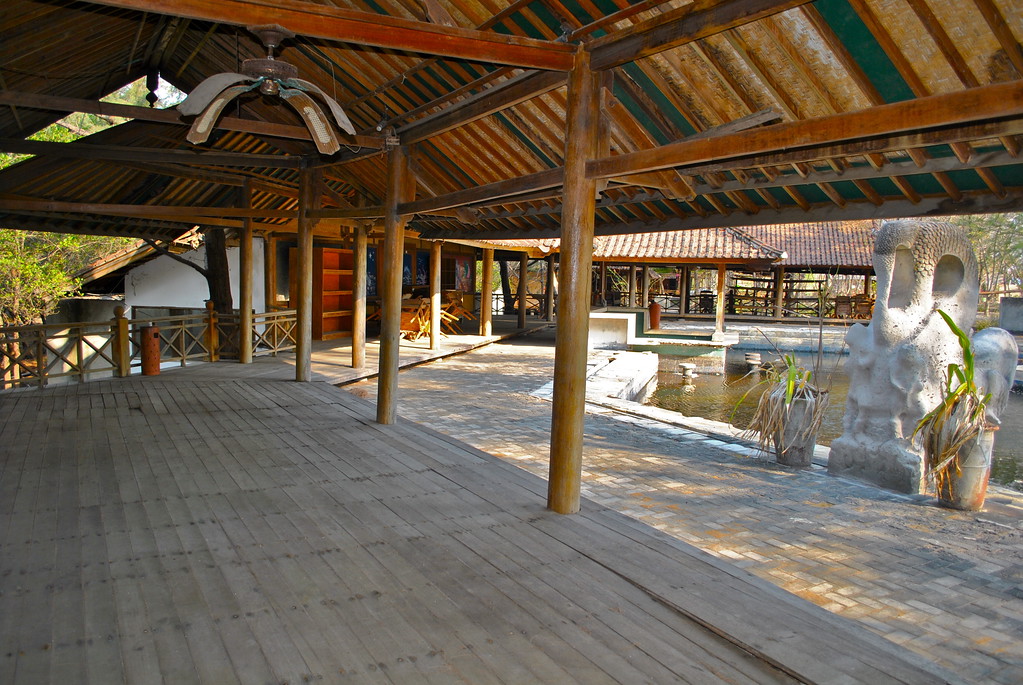 We stumbled across a table where an open book was lain prone, one of its pages fluttering in the quiet breeze. This was a bit weird, had someone come here to read and left it there?

We peered inside the old locked office, an old computer still sat there. It was a peculiar and unexpected site for us, and after a while we left the building and carried on our walk along the beach.

It did remind us of how lucky we were to be somewhere where developments were growing in a slower, more sustainable manner than the one we had just witnessed. But it also showed us just how quickly things can change, and what the future may have in store for other smaller islands as tourism increases. Is it possible to protect a paradise if it isn’t a designated national park?

We left the crumbling wreck to continue our walk, once again happy to be on Gili Meno and a place where, at least for a short period of time, we could escape the modern world and live a more simpler life.