The bombs of Laos: UXOs & COPE

As you may have read in our Luang Prabang Trekking & Homestay and Mighty Mekong River Cruise: Thailand to Laos posts, Laos is a country we fell in love with. Its stunning landscapes combined with its friendly, humble people made our time there very special. Laos is also a country that many of us know very little about, and its troubled recent history continues to affect the people of this beautiful country.

For anyone that has visited Laos and spent some time there, you begin to understand that behind the stunning country and genuine smiles lies a population that is still suffering the effects of the neighbouring war in Vietnam.

By the time we arrived in the capital Vientiane, we had learnt much about the country’s recent history. Some of the shocking stats of the country include:

If those stats shock you, then we’d highly recommend reading the following to learn more about what this beautiful country has gone through in the last 50 years: The secret bombing of Laos & Cambodia and Recent history of Laos. Disclaimer: we know Wikipedia isn’t always accurate, but these articles are a good place to begin.

Having learned this as we travelled the country, we also learned that the country still suffers at the hands of Unexploded Ordinances (UXOs or bombs). As a country reliant on agriculture and rice, it’s shocking to think that hundreds of people a year are injured or killed when they accidentally dig up a bomb whilst plowing, or killed growing crops to feed their families.

And we’re not talking about small bombs, we mean huge bombs like these: 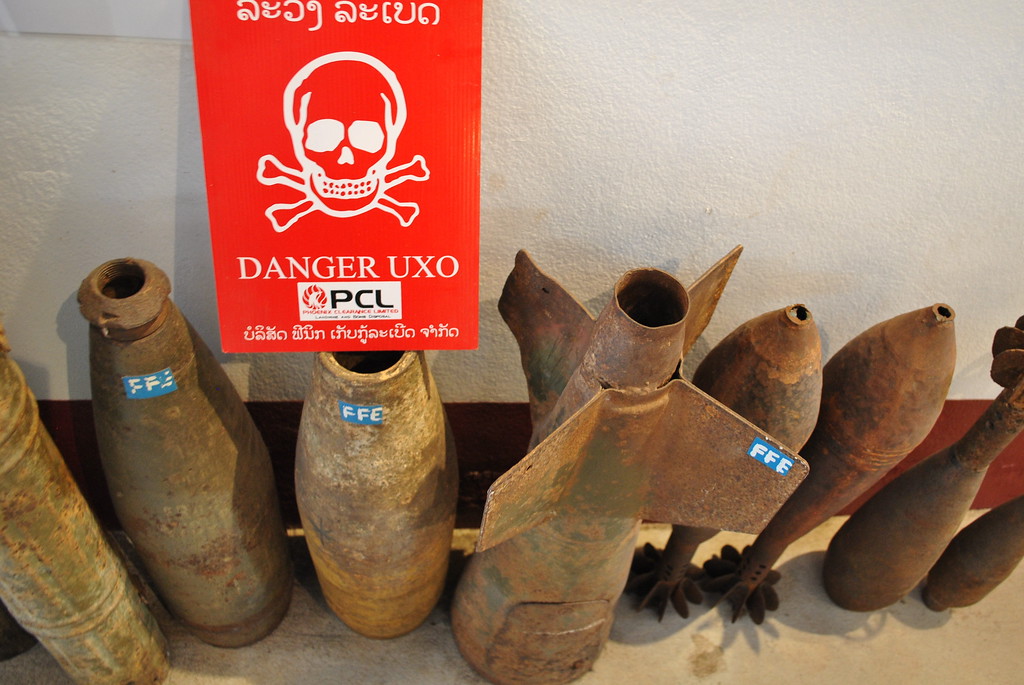 The worst part of it all is that the metal is actually very valuable, which for the poor of Laos provides a tantalising but deadly incentive. Find a bomb, successfully disarm it and you can feed your family for 6 months. More and more are attempting to find and sell the metal, with deadly consequences.

When we finally arrived in Vientiane, we were keen to learn more about what was being done to combat these deadly UXOs. We visited a small but incredibly inspiring charity which works with those affected by UXOs: the ‘Cooperative Orthotic and Prosthetic Enterprise’, or COPE. 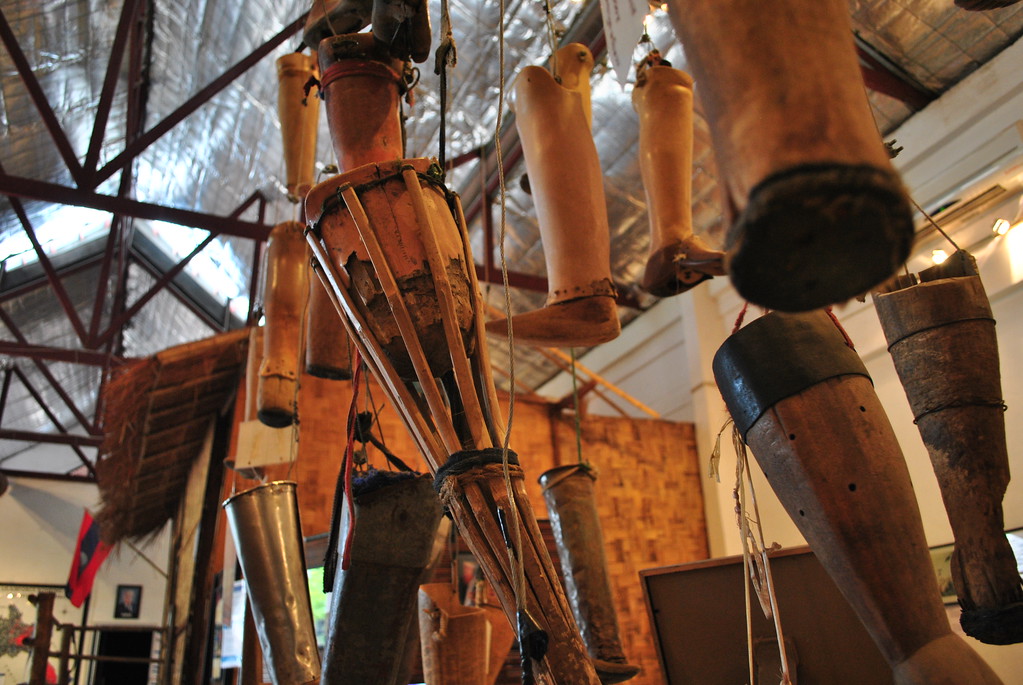 COPE works with the National Rehabilitation Center (NRC) and has five provincial rehabilitation centres across Laos, primarily providing prosthetics and mobility devices for those affected by UXOs free of charge if they cannot afford to pay for them. It also supports a multi-disciplinary rehabilitation program that includes physiotherapy and occupational therapy. Unfortunately, COPE and the NRC are the only provider of prosthetic, orthotic and rehabilitation services in Laos.

The visitor centre is a small building which you can easily devote half a day to, reading about the work of COPE, and also learning about other organisations engaged in eradicating UXOs in Laos. They also screen a number of documentaries at the centre which provide further information on the other organisations, in particular we were drawn to the work of the Mines Advisory Group (MAG). MAG work tirelessly in training local Laos people on how to dispose of bombs, as well as teaching the local population of the dangers of UXOs.

Sadly, the dangers from UXOs don’t just lie in untouched jungle areas or unused rice fields. Many UXOs are only a few inches underground in villages, and many people are killed or injured when, by a twist of fate, they decide to build a fire in their back yard in a slightly different place to cook dinner, and inadvertently heat a bomb up.

Writing about these organisations is one way we’d like to spread the word to those who may have no clue of the history and suffering in this country. And with the visit of Secretary of State Hilary Clinton four days before we visited, we hope the profile of UXOs in Laos will be subsequently raised. We were so moved by the centre that when we return to the UK, we have chosen COPE as one of five charities we will support. Should you wish to do the same, you can ‘buy a leg’ and other prosthetics for COPE here and contribute to UXO clearance with MAG here.