Melting in the middle of a stifling heatwave, we slumped in our hammocks as we considered our options. Yes we’d travelled a long way to reach Ometepe Island in Nicaragua, but the thought of leaving the cover of our farm building (and its fresh fruit smoothies) to trek to a waterfall three hours away filled us with dread.

Three hours away by foot was a stunning waterfall, and with some reluctance, we decided we should really go and see it. Given the forecast for the weather only getting hotter, it was now or never. So with our backpacks loaded with water and chocolate bars, we left the cool comfort and security of the farm and headed out into the sweltering heat.

Trudging down the dusty farm road, we ducked under any shade we could find from overhanging trees. Ten minutes later we hit the shoreline and took a left. Gone was any chance of shade, and we made our way along the desolate and dusty lake side for 30 minutes until we reached the ‘beginning’ of our trek to the waterfall. 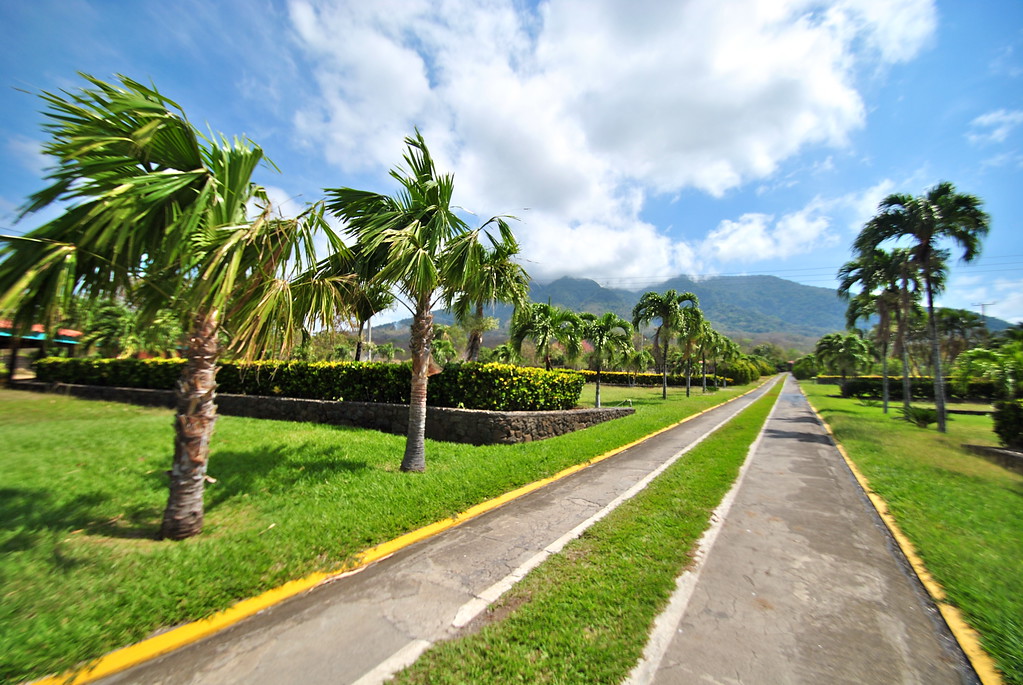 Our jaws dropped. All around us had been arid, dusty, yellow stones and rocks, but suddenly we found ourselves in an oasis of green as we began our ascent. A lush, landscaped driveway stretched out in front of us, sprinklers and gardeners keeping the area pristine. This of course, was the beginning of the national park area, but it still took us by surprise.

The abundance of life was fleeting, as we reached the end of this pathway to find a sign stating “Waterfall: 2km”. The fun was over, it was time to climb. Over the next two hours, we made our way through varied landscapes, from arid dry pastures to lush green jungle. 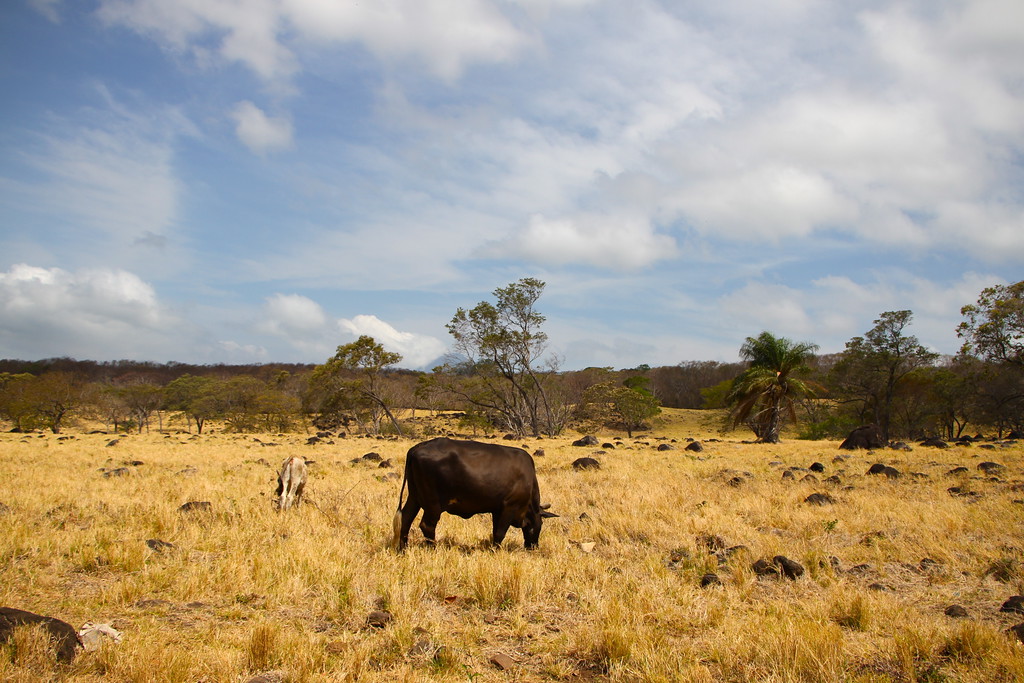 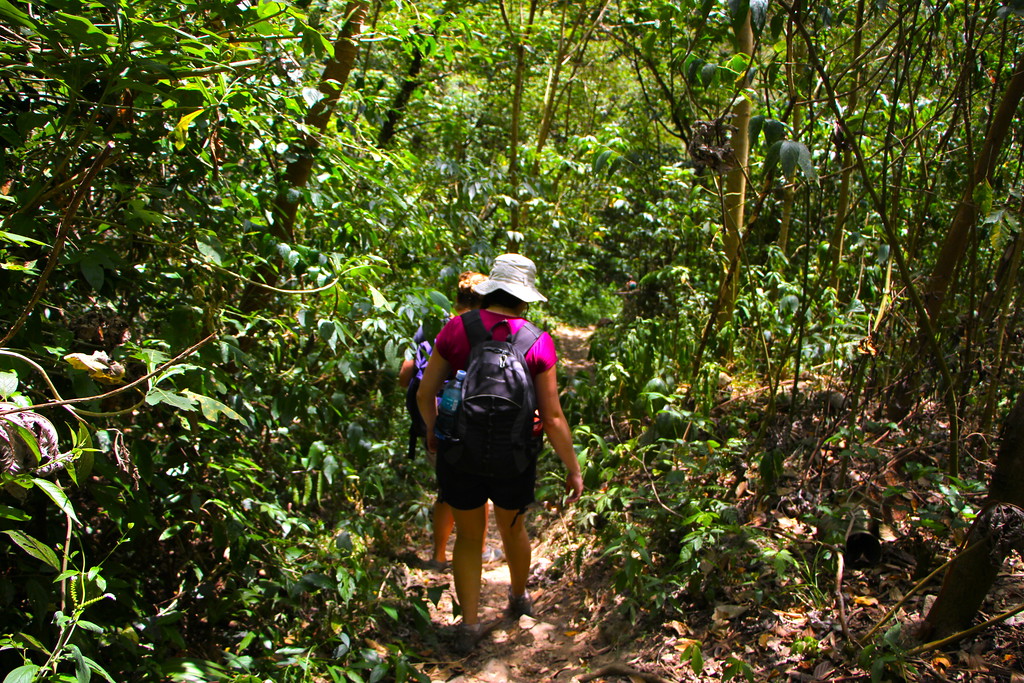 At this point the mercury was tipping 40 degrees, we grew lethargic and tired as we left the jungle and began our climb up the dried out river bed. Huge boulders blocked our way, as we slowly made our way up the river. After an hour and a half of sweaty Nicaraguan trekking, we stopped, and asked ourselves a question all trekkers dread:

“Are we going the right way?”

I mean, we hadn’t seen a sign for the waterfall for the last 45 minutes, there had been numerous moments where we could have gone left or right, and we hadn’t seen anyone, or any signs of life since the last waterfall marker. But what to do? Turn back and check along the other routes? Soldier on? In the end, Laura made the most selfless decision of all time. She had decided the best course of action was for her to sit down and relax whilst I went on ahead to figure out if we were going in the right direction! Wow.

Off I went, searching for any clues that we might be heading in the right direction. The first 10 minutes brought no signs, but then the sign we had hoped for! Cascada 0.5 km! We were on the right path. Laura rejoined the trek, full of energy after her self decided rest. 15 minutes later, we clambered out of the river bed, edged our way round a turn in the valley, and suddenly in the distance, we saw what we had worked so hard to reach.

The valley we had been clambering through for the past two hours suddenly narrowed, its two towering sides coming together to form an impasse in front of us. Water powered over from the ledge 50 metres above us, turning into mist as it reached the bottom. We basked in the cool mist for some time, glad to have made the arduous journey.

And so it was time to make our way back down with a spring in our step, only this time the afternoon was cooling slightly, we were going down hill, and awaiting us back at the farm were two hammocks with our names written all over them. Safe to say we didn’t budge for quite a while.