We tend to think of ourselves as culturally aware. When we travel to a new country, we embrace the cultural idiosyncrasies that push against our senses, including the good and the bad. These cultural quirks are one of the main reasons we travel, to interact with the culture first hand and learn more about it. Our minds are always open to new and interesting cultural quirks.

Sometimes, however, we encounter something on our adventures that, despite trying our best to enjoy, we simply do not understand. One such instance occurred when we went to a ‘must see’ traditional Kathakali dance in Cochin, India. Not only were we left with two banging headaches, but also a sense of unease at the underlying messages of one of the dances. Perhaps we should explain.

It all started innocuously enough. We bought some tickets from our homestay for a show nearby, and arrived early to watch the set up and make up of the Kathakali dance. This was by far the best part of the show.

For those who don’t know, a Kathakali dance is an incredibly detailed, intricate dance drama with elaborate costumes and make up. Traditionally the plays last all night, but we chose to see a reduced (2 -3 hours) excerpt of the overall story. Despite this edited version, it would still prove too much for us.

Firstly, the positives. The preparation and training for a traditional Cochin dance is incredible, and if you arrive early enough (at least an hour before it starts), you can observe the actors preparing themselves on the stage through a long process of make up application and various additions to the face. It is an amazing effort to create the look of the Kathakali dance.

Following this, a demonstration by one of the actors takes place which explains the various facial expressions, hand gestures and the meaning behind them. To try and explain them to you would take an inordinate amount of time, but below are a selection of the different expressions available to an actor, with training to reach this stage taking many years before their craft is refined. Even the shaping of their eyes and which they look, combined with a different facial expression and hand gesture creates a different emotion. A truly amazing level of detail. 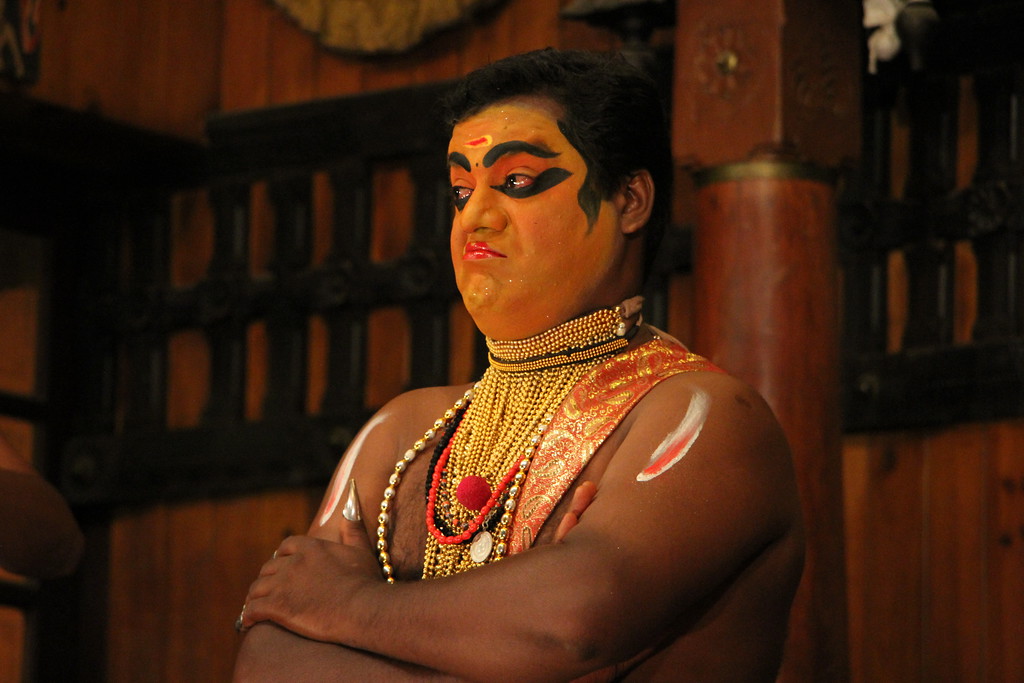 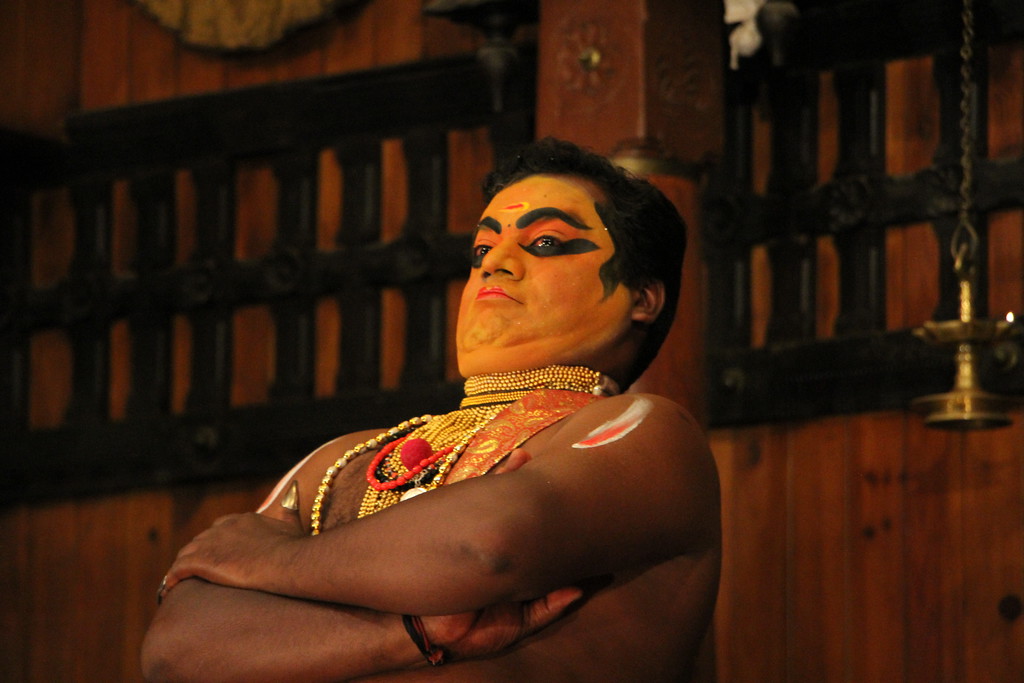 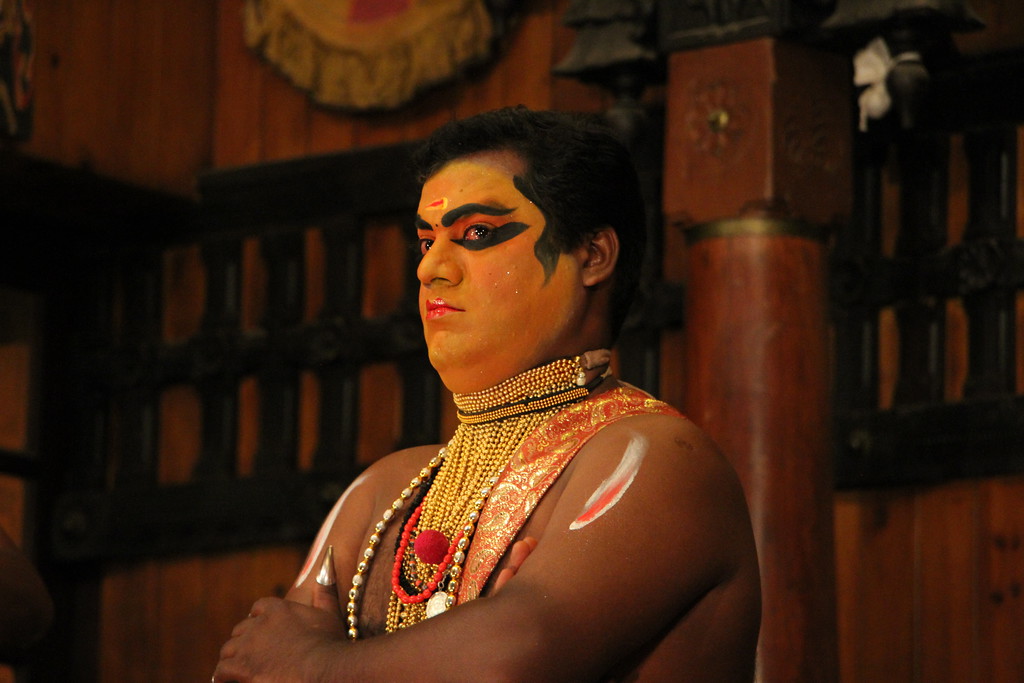 Sadly the combination of eye movements, hand gestures and facial expressions was lost on us once the performance began, despite being explained in great detail prior. Each actors facial expression changed every few seconds, combined with a different hand gesture, made it almost impossible to keep up with the detailed narrative.

There was however, a darker undertone to the show we witnessed, with the overarching narrative disconcerting. The story we were shown was between a man and a woman, a woman who constantly spurned the advances of the man. What followed was 2 – 3 hours of the man trying to woo the woman, through various dances, the show becoming increasingly aggressive as the male became more desperate to win the woman. It was strange to watch a man essentially forcing himself onto a woman, the music growing louder and aggressive as he kept making increasingly invasive moves. 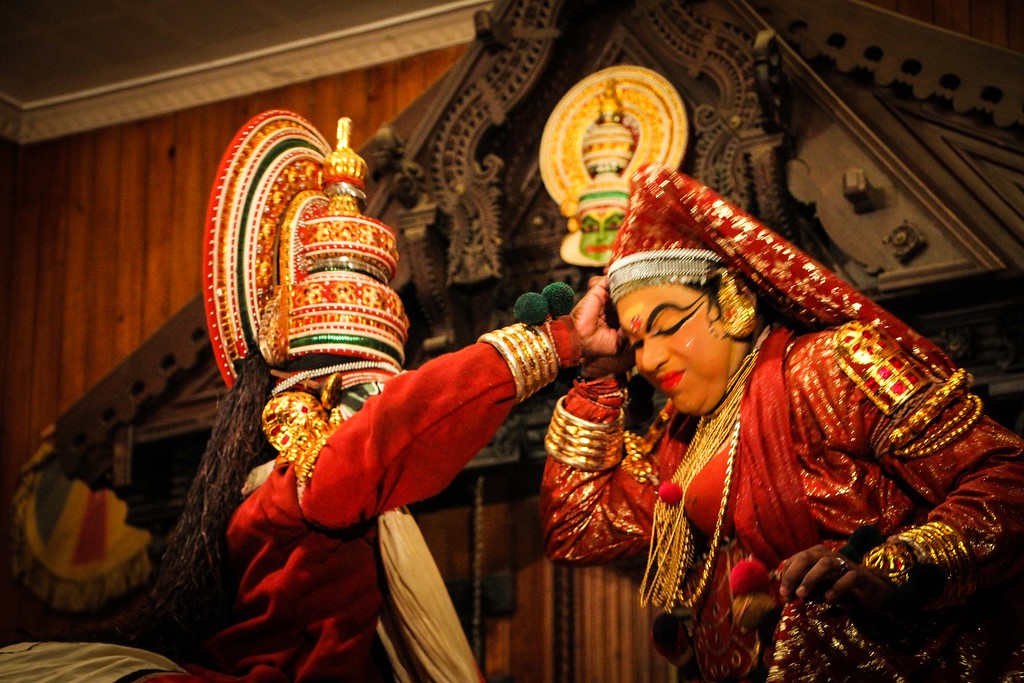 Perhaps we’re just too uninformed on the intricacies of the dance, perhaps we’re being too sensitive. Although it is a traditional dance in Cochin, and we appreciate the effort the actors go to, we felt growing levels of unease as the show progressed, irrespective of whether it is tradition or not. There was a dark underbelly to the narrative that we didn’t appreciate. We wouldn’t say we enjoyed it either, quite the opposite actually.

The overarching storyline made us uncomfortable, and combined with the constant banging of a drum for 2.5 hours gave us a splitting headache. Perhaps if we understood the intricate movements better it may have helped, but it still wouldn’t change our unease at the overall spectacle. 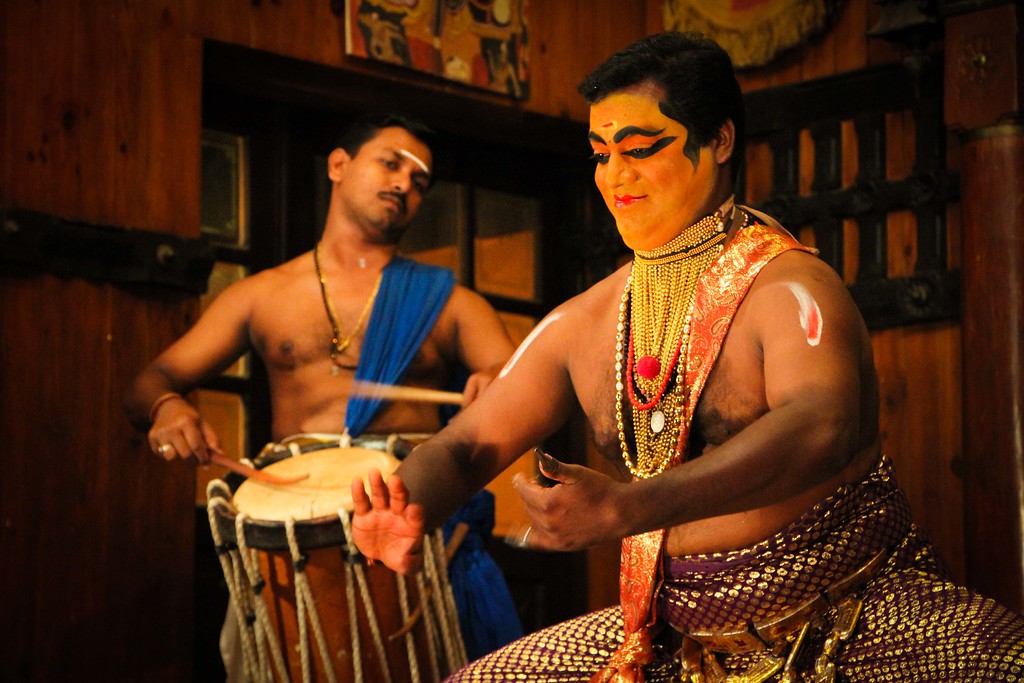 Have you been to a Kathakali dance? What did you think?