Our host arrived at our makeshift table, and with a flourish presented the final meal of our time in the Sahara. We both looked at each other, and then to the plate in front of us: this was to be our final challenge of the Sahara.

The berber family we had been living with for the passed couple of days had decided to give us a special treat on our final evening with them. We were honoured and intrigued, after all, it’s not often a sheep’s head is presented to you for dinner. That’s right, eyes, teeth, skull, the works.

Now, how to react to this properly.

As it had been with the rest of our stay, none of our host family spoke any English or French, solely the local berber dialect. To communicate we used mostly hand signals and smiles. As our ‘mama’ placed the food in front of us, she described the food in berber and pointed to her face. We’d already been told that we would be eating sheep head for dinner.

“Choukran” we said, utilising one of the only words we knew in Morocco. “Thank you.”

Our host left, and we were ready to dissect our dinner. 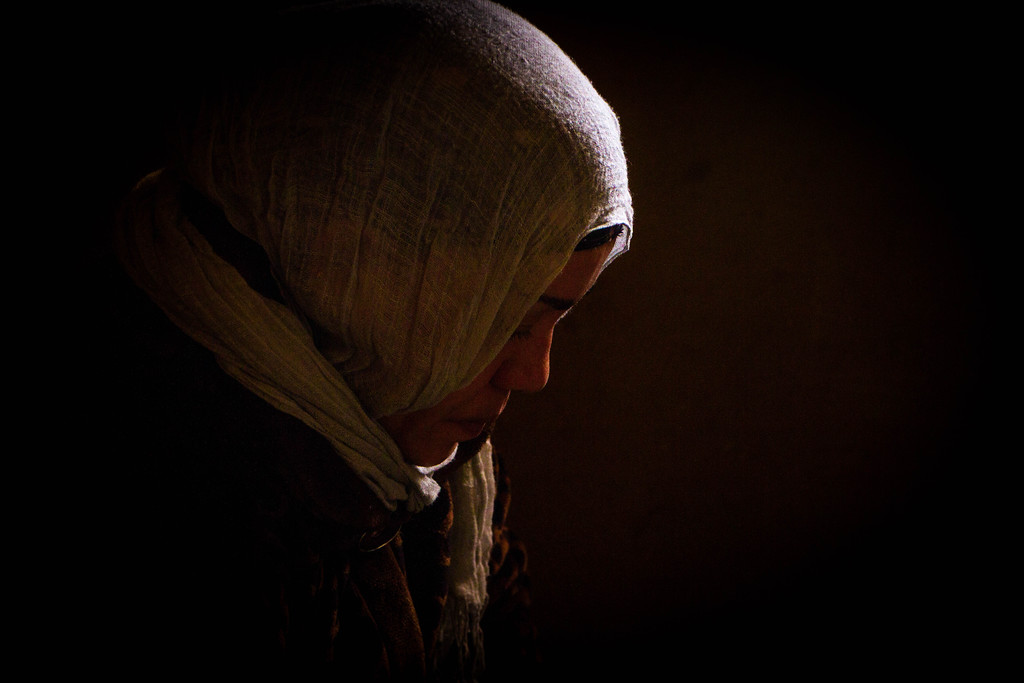 Rewind 48 hours, and we’d arrived in the village of Merzouga in the very South of Morocco. A small, sandy outpost, and a perfect launchpad to explore the Sahara. With the lack of accommodation there, we had been glad to take up the offer of staying with a local nomadic berber family nearby. In the passed few years, they had put down roots for the first time in generations, and we were welcomed into our temporary home by the grandmother and 4 daughters who lived in the same home, with a further 5 grandchildren.

Conditions were basic (as you would expect) but very comfortable. Ushered into a small room, we plumped down onto the various pillows on the floor. As is customary with almost everywhere we went in Morocco, we were to be welcomed with a plate of nuts and some mint tea. One of the daughters scurried off into the kitchen to make it for us.

We sat and surveyed our surroundings. The building we were in was made of mud and straw, and it was warm and comfortable. As we discussed our impending trip into the Sahara, there was a commotion outside the room. Suddenly the low table in the room was taken out of the room and replaced with a brand new, seemingly never been used table. This was to become a recurring activity, with the table being changed whenever we were to use it, despite our protests that the other table was perfectly fine. No, we were guests and we got to use the good table!

As with most homestay experiences, there isn’t much to do except sit back and observe how the locals live. It was fascinating to watch, with the whole day and activities revolving around preparing the next meal. Breakfast was a feast, pancakes, bread, eggs, mint tea, egg tagine and water. Once breakfast was complete, it was time to make lunch, and once lunch was complete it was dinner preparation time. 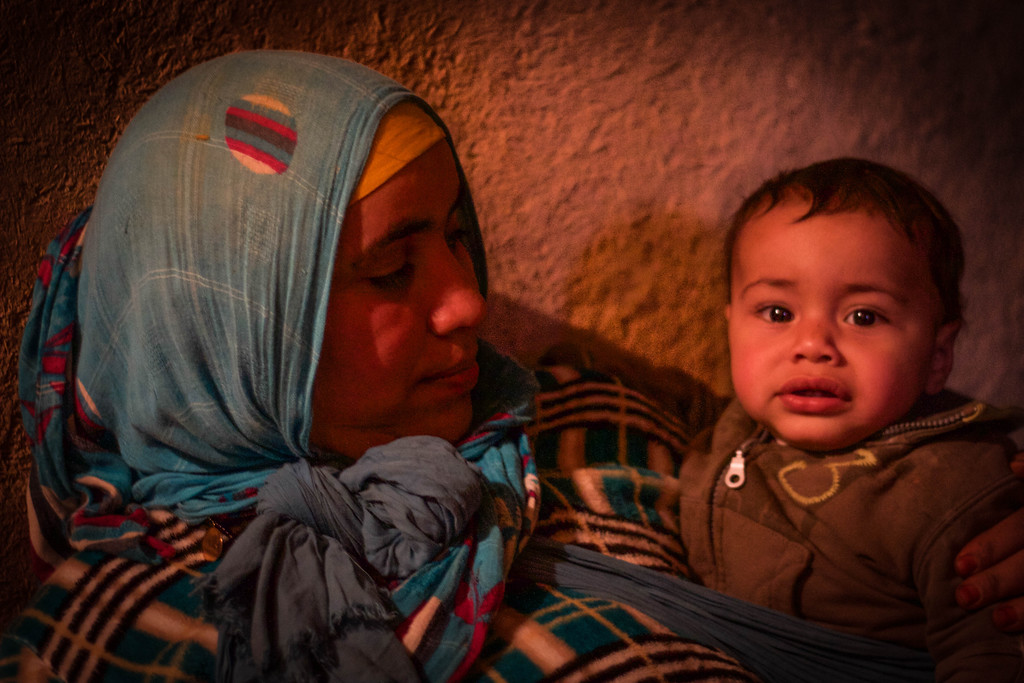 We finished our tea and went back to our room to relax a little for dinner. Staying with a local family in such tight conditions did get a little intense, especially when we couldn’t actually speak to them at all. As with all things in Morocco, you should always be prepared for the unexpected.

That evening, as I went to check on the time for dinner, I noticed an older gentlemen sitting in the living room talking with the grandmother. Outside, the other girls prepared dinner in silence and with nervousness, but unable to ask them what was happening, I left.

Later that evening we found out that the visitor for the evening had made a visit to ask to marry one of the girls! Intrigued, our guide explained that the mother would talk with the visitor to figure out if he was a suitable match. As we delved deeper, the whole process was laid out in front of us, and it was the most fascinating of rituals. In this area of Morocco, if the mother agreed to him marrying her daughter, he would leave, and 2 weeks later return to marry the girl. All having never spoken to her, and sometimes never having met. This for us was incredible to hear, and there was more.

If the marriage were to proceed, on the evening of the ceremony, the couple would consummate their marriage. This is where it gets interesting. Providing the girl was still a virgin, the groom would triumphantly bring the sheets out from the marital bed to everyone gathered to celebrate the consummation. This ritual was to show that she was indeed a virgin. Following this, she would leave the family home and go to live with her new husband, all in the space of 2 weeks. We couldn’t believe it, and it was fascinating to hear.

As it turns out, the mother declined the offer of marriage to one of her daughters, and our visitor left on his motorbike, presumably to another home to ask for a hand in marriage. It was yet another intriguing story and insight into the Moroccan culture. After all of this excitement, it was time for dinner, and our sheep head.

After our host had left, we looked at each other and puffed out our cheeks. We were exhausted. We’d just returned from our camel trek in the Sahara where we had been caught in a sandstorm and only just made it back to camp. We were hungry and tired, and here in front of us was a huge pile of steaming hot sheep head.

The first thing that hit us was the smell. It was a pungent, cutting aroma which if we’re completely honest, didn’t exactly invoke a mouthwatering reaction. Quite the opposite actually, but we wanted to be respectful. The family had spent hours preparing it, and it was a lovely gesture for them to make for us, so after poking around the pile, trying to work out what bits were what, we took a bite.

The flavour was the same as the aroma, pungent, strong and overpowering. We nibbled at it for a few minutes but had to give up. We just couldn’t eat it, and knowing the family would get the leftovers, we hastily thanked them for dinner so that they could eat it whilst it was still warm. As we left for bed, we caught a glimpse of the family diving into the feast, glad that they could get to enjoy it.

Back in our room, we ate a banana and some bread, put on all our layers (including hats and gloves) and got into bed. As we lay there in our cold room, the sandstorm still raged outside us. As the final chapter of our Saharan adventure, like so many other experiences we have when we travel, it had finished on a high and a low. A low in the sense that we were hungry and cold, and a 13 hour bus beckoned us the following morning, but also high that we had experienced the real Morocco, no matter how uncomfortable it was for us. 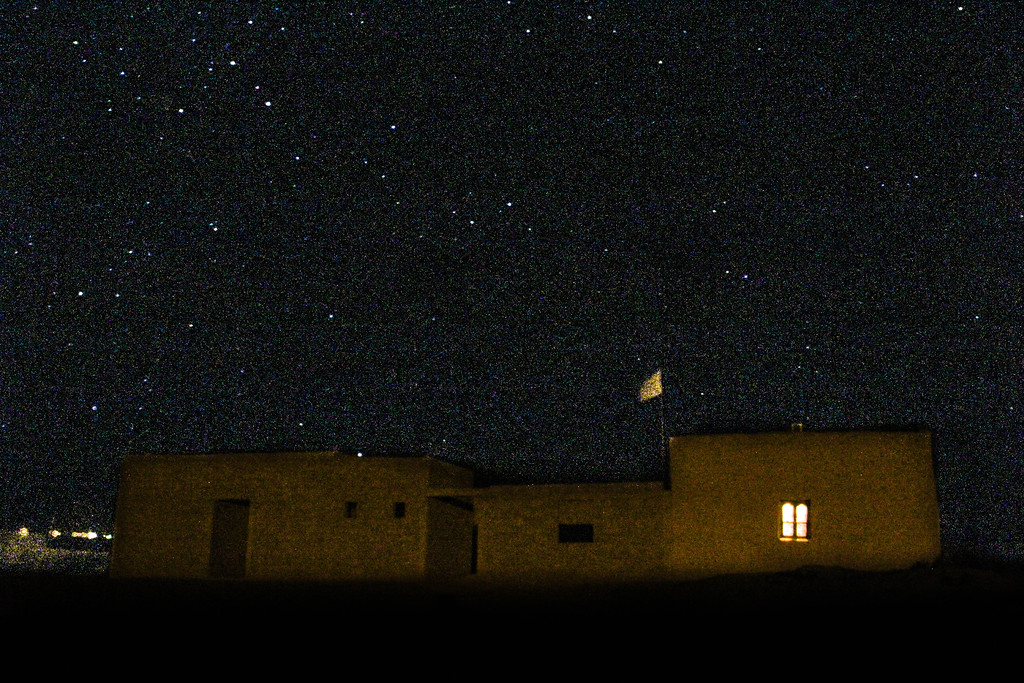 We’d met and lived with a local nomadic berber family, and it turns out we were their first ever foreign visitors. We’d interacted with them and watched them go about their daily lives. We’d played (and lost) many games of connect 4 with them. We’d seen marriage proposals come and go. We’d hung out with the camels outside, and seen thousands of stars in the night sky, and we tried to eat a sheep head. But more importantly we’d achieved what we’d set out to do, to get off the beaten track, live like a local and see the Sahara.

Wrapped up in our beds, it had been real adventure.